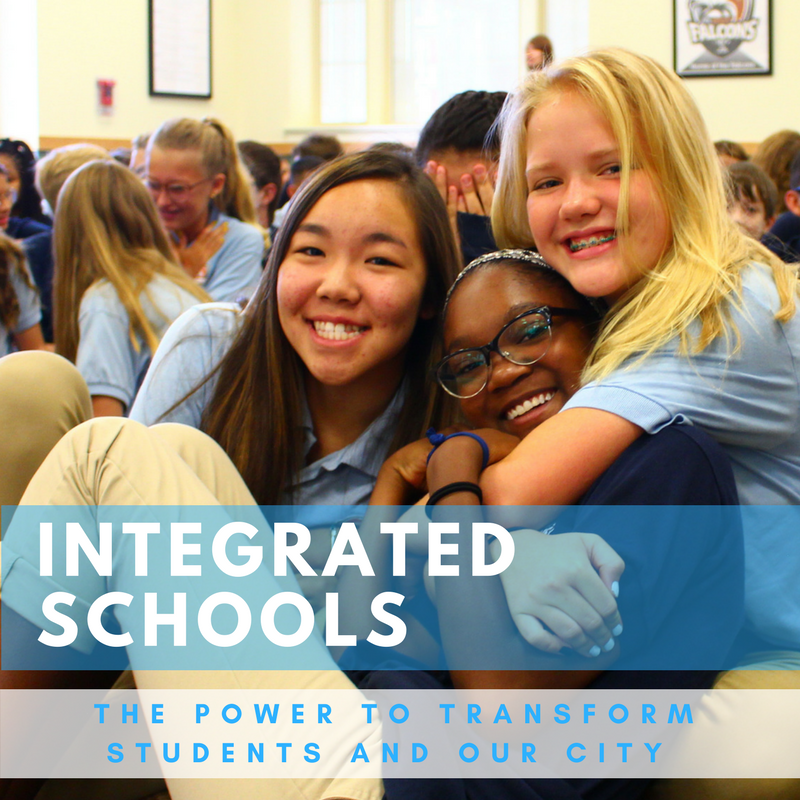 Integrated Schools: The Power to transform students and our city

In 2015, This American Life published a piece focused on the transformative power of integrated schools to close America’s achievement gap. More recently, a Century Foundation post augmented research showing an array of benefits of integrated schools, from better average test scores for all students, to improved critical thinking skills and preparing students for an increasingly global economy. Another study cited in a recent US News post reports on the effectiveness of public charter schools in Washington DC to increase student diversity for the benefit of all students.

Like Washington DC, Denver has begun to turn to integration as a powerful means for improved education for all. A Chalkbeat article from last summer both acknowledged Denver’s increasing rate of gentrification and Denver Public School’s (DPS) plan to “combat [its] most pernicious effects.” Thus far, DPS has incentivised some of Denver’s schools with high percentages of wealthy students to include larger populations of  less wealthy peers - with some initial successes.

Designing schools to be integrated has always been a focus of DSST. This week, the Denver Post highlighted DSST’s own Brandi Chin, the soon to be founding founding School Director of DSST Middle School @ Noel Campus (opening fall of 2018), and her opinion piece on integrating Denver schools. Chin remarked,

“The families at DSST know the inherent value of an integrated, diverse student body, and consistently report that their children have learned a level of understanding of community that is rare.”

We consistently hear the same story from our alumni, who miss the diversity of their DSST school, as they enter college and working life. Often families don’t consider how important the diversity of a school can be to the future of their child; if your family is in the process of choosing a school, think of the importance of diversity as part of your consideration. You’ll be a part of something big for both your child and our city. Also, stay tuned as DPS gears up its Strengthening Neighborhoods Initiative which will study changing city demographics, the effects on Denver schools and will think about the best ways to respond.