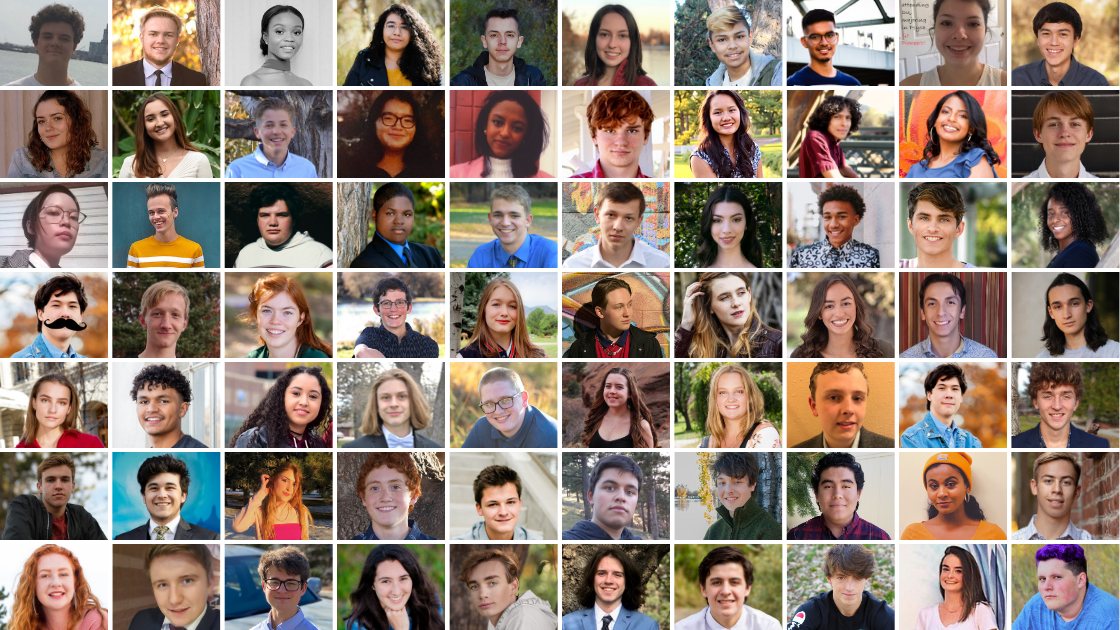 I was working on creating a travel pamphlet about Alaska - a sheet of paper folded into three, all six panels covered with hand-drawn sketches and thick, inky letters. I still remember it clear as day, sitting in the cavernous enclave of Calvary Temple as Mr. White stood at the front, presenting at an open house. I was more worried about how my English teacher would take my project than about whatever he was talking about.

That was seven years ago. I was far less concerned about what it would mean for me to be a part of a founding class than I was about being the sole student from my elementary school to attend this new middle school. What would this new school look like? Would we still have to memorize and recite poems or be tested on whether we could take dictation? Who would I be once apart from the dozen other students I had spent my childhood with? I was 11; I couldn’t entirely fathom how being a student at Byers would change my life.

The class of 2020 at DSST: Byers is unique in a way that each class will claim the same. The Byers class of 2021 is infinitely different from my class, likewise this year’s graduating class at Littleton or  East or DSST: Cole. What, then, makes the Byers class of 2020 special? Well, the closest I can get to describing that evasive quality is through each individual name on our roster, from Abraha to Zwiacher. Byers wouldn’t be Byers without Denton Wilkinson cracking jokes about switching desktops at an awards ceremony or Austin Hurd announcing he was only applying to one school because there was no way he was going anywhere but the University of Oklahoma. It wouldn’t quite be the Byers class of 2020 without Jena Anderson being the resident, natural-born film director or Hermela Hailu the soft-spoken, but infinitely passionate, sophomore class president and co-founder of Student Equity Working Group. Our class of 2020 is special because we’ve built something irreplaceable, even if imperfect, becoming an unlikely family along the way.

There’s no single moment I can claim as the most memorable since walking through the middle school doors in 2013. When asked to come up with one moment I would remember about being a student at Byers, I felt as if my mind had drawn a blank - but maybe it was actually because too many things were running through my head. From Mr. Lawrence and Ms. Densmore passing torches to each other as they switched science classes, to the lip sync battle at a junior-year pep rally, to middle-of-the-night hide-and-seek at our annual girls soccer lock-ins, to pitch black mornings rushing to Women’s Forum in hopes of warm waffles - it was all unique to being a founding class member and yet universal to the student experience. Perhaps the most cornerstone memory of being a founding member, then, has been the struggle. The struggle in ways that other classes have not and, hopefully, will not have to struggle. It’s been celebrating Yumi for having added new polo, sweatshirt, and pant options to the middle school approved uniform repertoire, but cursing the fact that they’d only become available once we’d started high school. It’s been laughing about how middle-school siblings complain about IAs, but we used to have five a year and had to return to class afterwards.

In retrospect, I don’t think my seven years as a Falcon could’ve been more perfect. That’s not to say they were ideal, but I would be a very different person today if I hadn’t lived those years as a “founder”. I think I’d have far less respect for what it means to leave a legacy, to create community, even to craft new traditions. And I’ll tell you the same thing I told a myriad of college and scholarship interviewers when asked about how founding clubs and teams, much less a school, impacted me: we didn’t always succeed. That’s part of life. But I did get the chance to revise, come back, collaborate, and compromise in ways that helped me understand how to make change take root. Being a member of the Byers founding class gave me the life experience to truly understand what it means to “fall down seven times, get up eight.”

We asked the Founding Class of DSST: Byers how they would describe the Class of 2020 in one word:

Please note: The photo collage represents many students from the DSST: Byers Class of 2020, but not the class in its entirety.