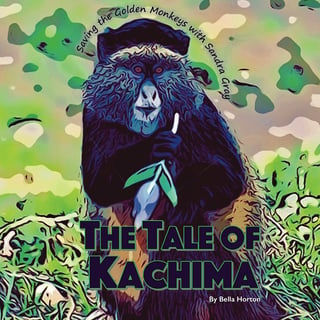 Bella Horton says she’s always had an interest in biology, but a special trip to Uganda transformed that interest into a passion and ultimately a children’s book that she completed for her senior project. 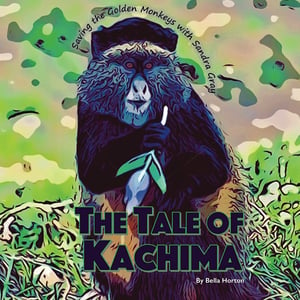 During the summer of 2017, she took a trip with a group from DSST: Stapleton High School to Uganda and Eastern Africa. Part of their trip included a visit to the Mgahinga Gorilla National Park in Uganda, the only home to the endangered golden monkeys. There, Horton met conservationist Sandra Gray; and the two formed a strong bond that eventually resulted in a book written by Horton with Gray’s help.

“It was really incredible to me to meet a woman who’s pursuing a career in STEM,” Horton said. “I thought she was kind of intimidating to be honest. She’s kind of a wild woman. She’s followed monkeys for years, so she’s very tough. But I was fascinated by her because she’s very vibrant and has this outgoing personality.”

Before the trip, Horton said she knew she wanted to write a book, but was unsure what the topic would be. Once she met Gray and learned about her research, she found her answer. Horton sent her thoughts to Gray about the story and exchanged multiple drafts with her while getting photos they would use for the book’s illustrations.

“She was super receptive, super excited this whole time,” Horton said. “We really did a lot of work together. She wanted everything to be very precise and 100% accurate.”

The finished product is called, “The Tale of Kachima,” which describes the golden monkeys and Gray’s research in the Mgahinga Gorilla National Park. Horton, who wrote her first book while in middle school, said while she’s always had an interest in writing, “The Tale of Kachima” became a way she hopes to inspire young girls to pursue STEM fields in college and career.

Horton will attend the University of Colorado-Boulder as a Boettcher Scholar, and she said will double major in chemical/bioengineering, and molecular cellular developmental biology. She plans to do medical research once she graduates, but won’t lose touch with Gray and her work.

“I was really inspired by her,” Horton said, “and really impressed with her resilience as a woman in STEM. It takes a lot of time and passion to succeed in that field. But I definitely see myself going back to Uganda to study their ecology and how it relates to medicine there.”

The book is available on Amazon and costs $8.99 for the Kindle version or $12.99 for the paperback. Horton also has copies for sale for $10, which are available by emailing her at Dec24bella@yahoo.com, and 50 percent of the proceeds will go to the Mgahinga Gorilla National Park and the staff’s conservation research.