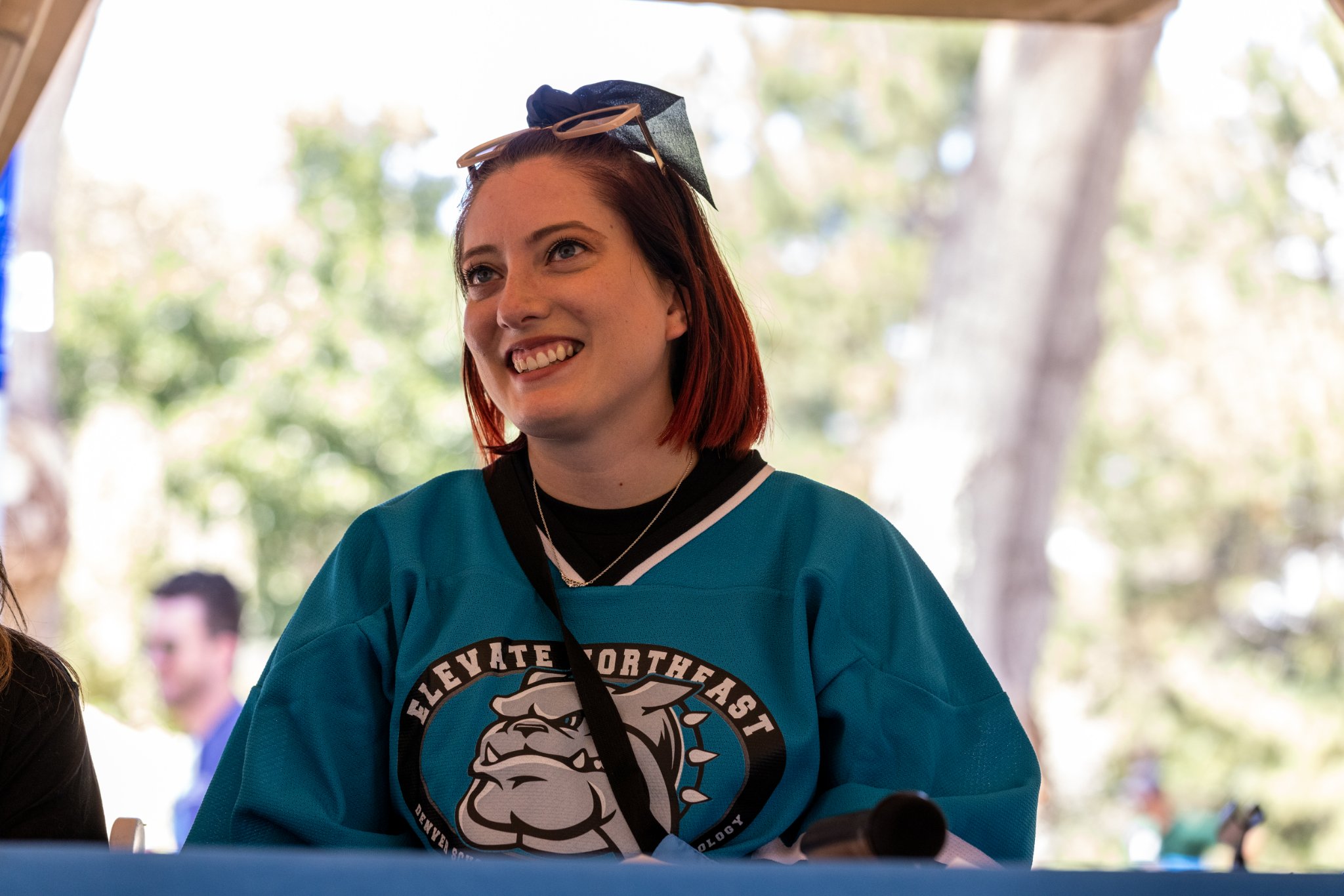 We recently spoke with a DSST founding board member who said she hoped DSST graduates would eventually come back and teach at our schools and become educational leaders. Cami Coultas-McKenney is doing just that.

Coultas-McKenney graduated from DSST Montview in 2013 and is now a sixth-grade science teacher at DSST: Elevate Northeast Middle School. She was one of the founding teachers at the middle school, formerly known as DSST: Noel, back in 2018 and has been teaching for five years.

She didn’t end up at DSST: Montview by chance. She and her family believed charter schools provided a better education than standard public schools, so when the time came to pick her middle school, Coultas-McKenney chose DSST: Montview.

DSST does push students rigorously, and while Coultas-McKenney attributes a lot of her success to the network, she still faced challenges with her experience.

“I have mixed emotions with my experience as a high schooler when attending DSST,” said Coultas-McKenney. “Sometimes I felt very alone, and my peers/teachers didn’t understand how I felt at times because school came easy to others. Sometimes I felt like I had to work extra hard to prove my worth at DSST. (However), in the end, I am glad I graduated from DSST. It taught me that failing isn’t the end of the world, and how to overcome challenges.”

However, Coultas-McKenney said because of how DSST prepared her for post-secondary school, she "knew (how) to manage my time ... DSST overall taught me the hard skills and professionalism I needed to know in order to be successful in college.”

Once in college, Coultas-McKenney said she realized just how much her DSST teachers cared about her and supported her.

“It took more effort to build relationships with my college professors than in high school,” Coultas-McKenney said. “In college, I really did miss the culture that DSST provided and knew I wanted to work at a school similar if not DSST itself for my career.”

That culture and energy are what led Coultas-McKenney to her path of becoming a full-time teacher and why she decided to come back to DSST as an educator.

“I do truly believe in DSST and its mission,” said Coultas-McKenney. “Also, I hope I can take my experiences as a student from DSST and help my current students. Working at DSST has allowed me to learn from some amazing educators, and has opened many doors for me.”