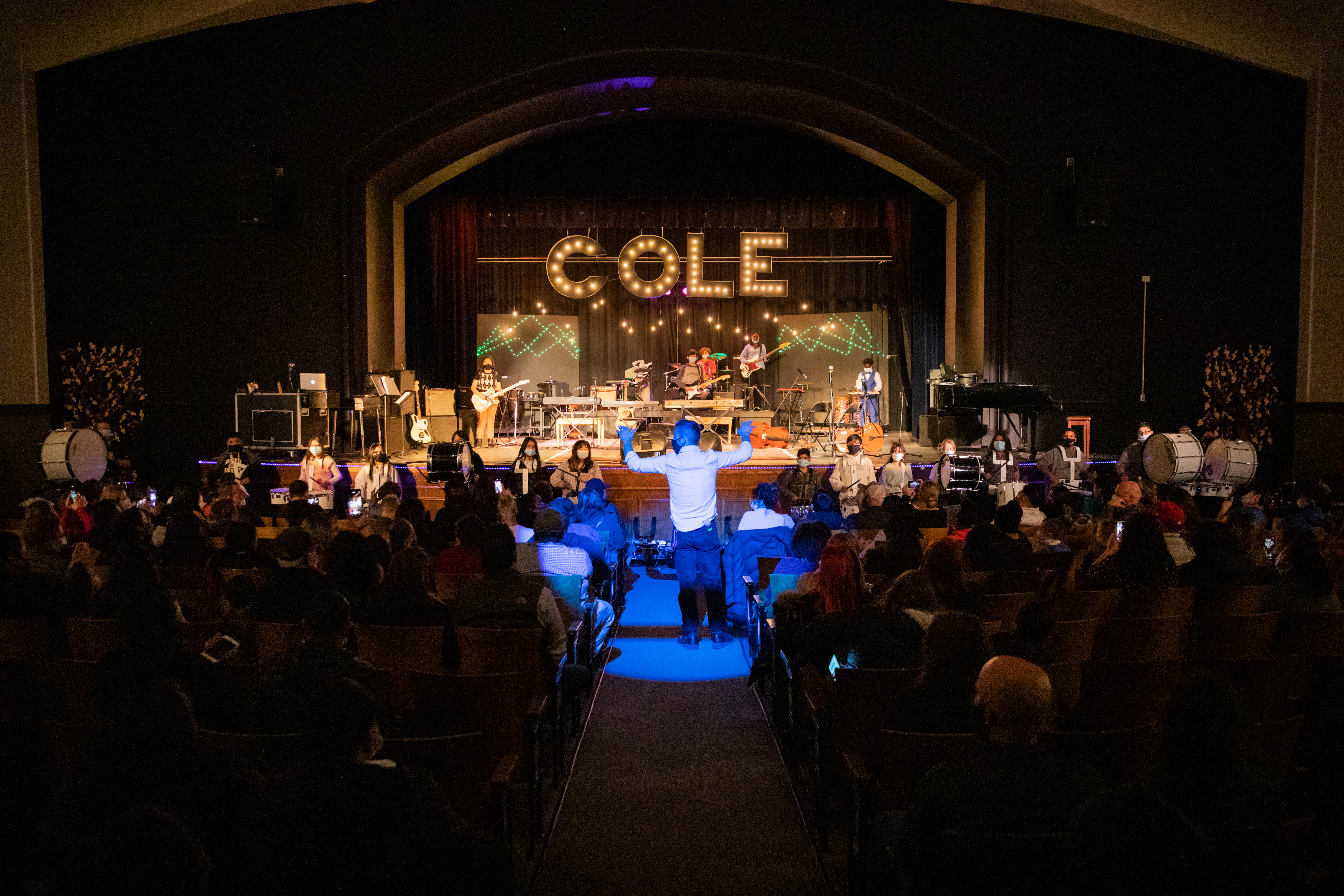 It takes a village: How the Cole Fire-Ball came together to showcase musicians in all 7 grades

Music is more than just knowing how to sing or play an instrument. Music is knowing how to book a tour, how to unload equipment and set up for a show or how to prepare for a recording session in a studio.

It takes collaboration and work to make music, and that is what DSST: Cole’s music director Blake Stepan wanted to emulate during the Cole Fire-Ball.

Stepan fell into his teaching position at Cole shortly after he got home after being on the road touring with a band for three years. He knew he wasn’t ready to jump into the tour grind just yet, so when a friend told him about the position at Cole, he jumped in. The position was only supposed to be a temporary gig while Cole found a full-time music director, but Stepan said he ended up falling in love with the job.

As a music teacher, Stepan said he wants his students to experience the most “real-world music program” possible.

“I want a student to walk away from my class and understand what it means to be a musician in the real world,” Stepan said. “It’s a huge goal of mine to graduate kids who can start working as musicians right away.”

Part of that program is doing end-of-trimester concerts. While Cole has been putting on these concerts for years, this year Stepan helped turn the event into a true show.

Months of collaboration and working in partnership with the kids, their families, the community, coworkers and many other parties culminated at the Cole Fire-ball on Thursday, Nov. 18. There were 15 bands that performed genres like hip-hop, R&B, pop, punk, drumline, etc., as well as 200+ musicians from all seven grade levels. None of which could have been possible without the collaboration efforts and flexibility of everyone involved.

“Collaboration has been so key -- and not just within the four walls of the building, but also outside in the community, “ Stepan said. “I wanted to make families feel represented and wanted in this space. The Fire-ball was the product of so many stakeholders coming together and valuing something.”

“I love and respect and admire my students and their families so much,” Stepan said. “I want parents to walk away from the event saying, ‘I made the right choice enrolling my child in this program.’ I want kids to see themselves in the music that they are making.”

Music is something that can impact many aspects of someone’s life. Stepan hopes that for his students, music class is one of the areas where they can find joy throughout their day.

“I hope music is a thing that these kids feel enabled to do throughout the rest of their lives,” Stepan said. “I prefer to let the chips fall where they fall and if I do the work good enough they’ll fall in the right place.”