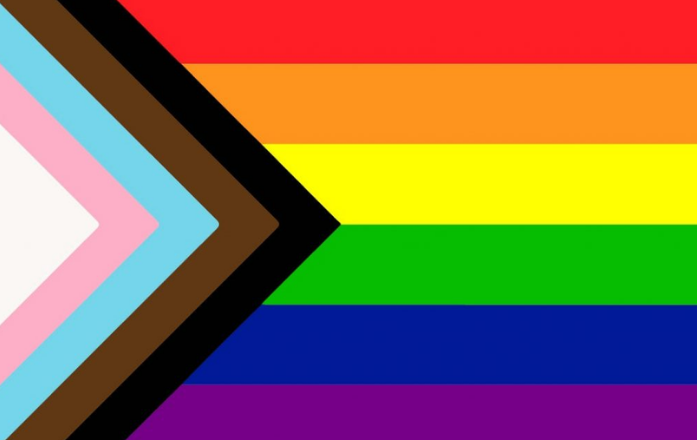 When one hears, reads or thinks of the word Pride. What comes to mind? Is it pride in our country, pride in ourselves, pride in our community, or simply an acknowledgment of the joy, resilience and triumphs of one’s culture and lived experiences? PRIDE has multiple meanings for multiple people. However, Pride for our families, students, and colleagues who are members of the LGBTQIA+ community, bears another meaning. This meaning is beyond the casual rainbow flag waving in June for Pride Month, the solidarity stickers and shirts sold as a corporate marketing campaign during PRIDE parades. PRIDE has its roots, beginnings, and daily journey through the human condition in civil rights, legal rights, constitutional rights, and human rights. The right to simply exist as WE are regardless of gender, sexuality, race, ethnicity, or social and economic status. Pride is about mattering.

Pride began as a series of raids during the 1960s on gay clubs. Similar to raids that occurred during this era of Civil Rights, “illegal” activity in the form of the way one lived their life, navigated realities, and expressed their way of being became the term used to justify infringements on the civil liberties some groups had versus others. What sparked multiple protests was a raid at the Stonewall Nightclub. During this raid several civil rights violations occurred, including illegal searches of patrons at the club and culminating in an assault that sparked what is called the Stonewall Riot or Stonewall Uprising. The events unfolded over the next several days. On the one year anniversary of the Stonewall Riot, the first ever Pride parade took place.

Pride month is a tribute to those who took part in the Stonewall Riots. Although June is the designated month for celebration and tribute, it would be lost on us all if we did not acknowledge, celebrate and appreciate the contributions that remind us that to exist as we (he, she, him, hers, they, them, xe, ze, zie) are regardless of identity and experience is more than a civil and constitutional right. As slam poet Lee Makobe describes what it is like to be transgender in his poem, our collective human right is felt, embraced, and wished for by many - across multiple intersectionalities.  To matter is the gist of living out our individual human condition.